Budgets are coming! Want to get involved? Check out this calendar for all things budget!

A lot has certainly been happening and there will be more to come. It would seem that the sale of Portage Place is all but final. There have been hints about some sort of community space but few details. There was a proposal for a hub of community services at the Millennium Library but who and how it will be funded remains the issue. There was some success in that the Executive Policy Committee did vote in favour of a Newcomer strategy that was endorsed by the Human Rights Committee. It should pass a full Council vote but again funding to make it more than a promise is still in question. The number of immigrant landings in Manitoba in 2019 alone reached 18,905, the highest for any year in the province’s 150-year history.

The city will drop the four year balanced budget on the 6th. Technically it will only be a one year budget and 3 years of forecast but there is no information on how surpluses and deficits will be dealt with. Also, no information on how to deal with the exacerbated social deficits created by austerity measures. This means only a couple of weeks for community input before it is passed at Council on March 25. Adding to an already busy news cycle, it is the assumption that the province will announce their budget on the 5th or soon after. It will be a lot to take in.

The provincial budget is, of course, incredibly important. Winnipeg represents about 56% of Manitoba’s total population after all. The City’s budget, though, will have the most direct effect. The City provides the services that we all rely on daily. The province needs to do its share in funding them but it is up to all of us to let Mayor and Council know what kind of city we want. For years, we have been told that the City does not ‘do’ social services. One quick look at the Charter though says differently. According to it, the City is:

Winnipeg continues to have amongst the lowest property taxes of larger cities, a full $2,169 lower than Ottawa and $193 lower than Halifax. We also have the lowest per capita spending. The result? Underfunded and crumbling community services: recreation, libraries, our tree canopy etc…  Community Services was directed to keep their budget to a mere .5% increase which is actually a 2 million dollar cut when inflation is factored in.

The Alternative Municipal Budget (AMB): Imagine Winnipeg, imagines a city that is responsible and equitable. This simple chart is just an example of what a more equitable property tax system could look like. The AMB has other revenue suggestions and the CCPA also launched another report – The High Cost of Free-Riding and How We Fix It, which explores the need for an employment tax for people who live outside the city but travel in for work every day.

In 1919, of the 918 City of Winnipeg influenza deaths, 800 were in the North End. Over 100 years later, the WRHA’s Community Health Assessment demonstrates that we are still fighting the same fight. Instead of influenza, it is diabetes, hypertension and mental health resulting in as much as an 18 year difference in life expectancy depending on the neighbourhood you live in.

Manitobans are consistently amongst the highest charitable donors in Canada. If charity was the solution, we would be done by now instead of being the child poverty capital. Budgets represent the priorities of the governments that produce them. Help us tell the province and the city that it is time to prioritize ending poverty. Find out to how to contact city councillors and how to get on agendas. 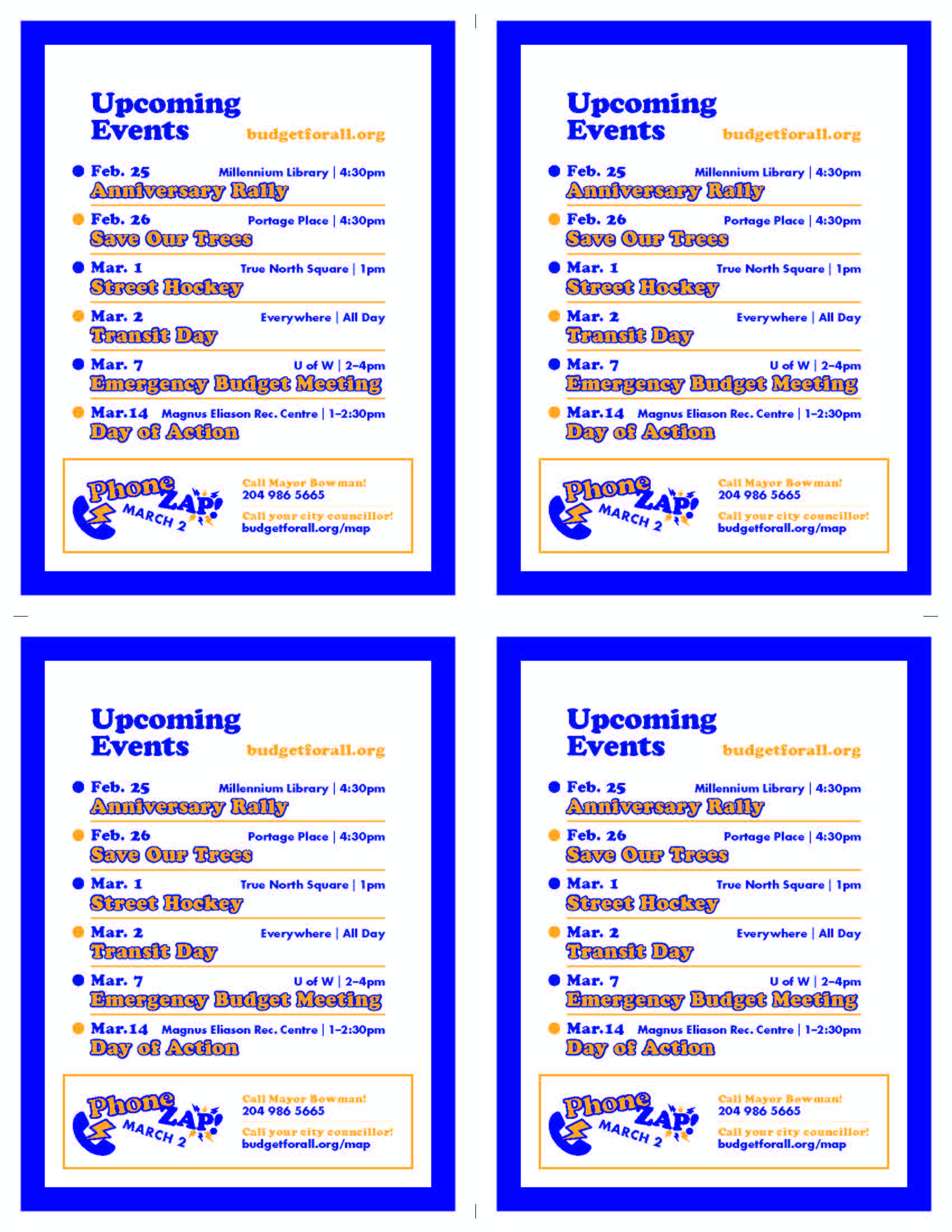