(Updated budget presentation to EPC in light of COVID-19, an update on Winnipeg: More than pipes, parks and pavement) 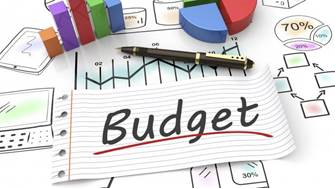 I am here to disagree that this budget has balanced essentials and shared the pain of long overdue and needed austerity. I disagree that, by supporting much needed community-based resources at very little actual cost to the City, we have veered away from the City’s core responsibilities. As I have presented previously, the Charter prioritizes sustainability as well as the health, safety and well-being of its inhabitants.  And I am arguing that we have an even greater responsibility towards the most marginalized amongst us.

As always, the province has its role. It should be investing to not only maintain but build the vibrancy of our capital city. However, mere subsistence level funding and even more short-sighted cuts to much needed provincial programs and services continue to contribute to the poor health and despair of too many. This, in turn, has led to our fruitless over reliance on the Winnipeg Police Service and its ballooning budget share to counter poverty’s major symptom, crime. Prior to COVID-19 the messaging from the province about their budget was not encouraging. That should mean that the City steps up even more, not less.

What can we do? Just like a single parent working a full-time minimum wage job, we need to find more money. We need to do the hard and unpopular work of raising revenues from those who can afford to pay more. We need to do this so those who struggle in poverty, like the 40 some percent of kids living in Winnipeg Centre (National Campaign 2000 child poverty by federal riding report -2019), know we’re looking out for them.

I have shared maps, based on Census 2016 data, that prove that here in Winnipeg, the areas of the city with the highest levels of poverty are also those with the highest Indigenous and newcomer populations.

To return to revenues: Impact fees are certainly a point of contention. Developers have taken the city to court over them. I hope you win. Impact fees provide important revenue for the City, helping ensure that new developments pay for the increased infrastructure they require, while limiting urban sprawl. Before impact fees, each new development placed massive long-term unfunded financial obligations on the City. Developers profited while residents were left on the hook.

This year’s draft budget will cut impact fees by a full 5%, though. This cut stems from a Council motion last fall that changed the formula to allow a reduction in fees when the cost of new construction declines year over year. Except Statistics Canada estimates that Winnipeg had a 1.3% increase in construction costs last year. Budget 2020’s changes to impact fees will cost the City at least $700,000 this year. The Alternative Municipal Budget demonstrates that an increase from an average amount of $10,000 for a new home to approximately $15,000 will generate at least $5.5 million annually.

As to the proposed business tax cut:  A quick look at our most recent history demonstrates that for decades, the amount raised has remained stable at around $60 million even as revenues and inflation have grown. This was done by cutting the business tax by half over that time. If the business tax rate had been kept at 9.75%, we would have an extra $60 million in revenue. Even if we kept the rate at 4.97% (2019 rate), we would have an extra $1.55 million while remaining one of the least expensive cities in which to do business.

Lastly, property taxes: The number that represents about 55% of city revenues.  This table demonstrates the effect of the City’s proposed 2.33% tax as well as the Alternative Municipal Budget proposal of an additional 5% with a $100 rebate. Under this plan, an average priced home valued at $300,000 would pay less in taxes than under the current preliminary budget plan. That is, they would pay $33 more than last year, compared with the $40 some increase currently planned. Homes valued less than $218,000 would have no tax increase or a tax decrease under this plan.

The $100 rebate represents just an example of the effect a rebate could have on low-income households. A further consideration could be a deferred property tax increase for seniors in homes with high property values but reduced incomes. Depending on the rebate level and other variables, the revenue generated by the tax increase could be between $20 and $30 million.

So, an extra $20 to $30 million + $1.55 million + $5.5 million could be available to pay for $9.5 million in services we’ve highlighted here, given they all contribute to strengthening the social fabric of our city. There would be enough revenue for the arts, trees, libraries, recreation etc…. We would even be able to add back the $3.2 million coming out of Transit.

We have allowed short sighted austerity measures to create the conditions in which we have as much as an 18-year difference in life expectancy between neighbourhoods. The WRHA’s recent Community Health Assessment clearly lays out that poverty affects health. Here in Winnipeg, the premature mortality rate among Point Douglas South residents (highest) is 5x higher than those in River East North (lowest).

And now to COVID-19.  The budget process has been sped up rather than slowed down as a result. I do understand that the path to slowing it down is not as clear or simple as speeding it up.  However, the Charter does have a process to delay. There is also Section 288(2) – Expenditures before budget adopted. This seems to imply that the City could begin its year without an interruption in expenditures.

Again, though, we are in the time of COVID-19.  I can understand that large expenditures will need to be made. No one wants emergency services and aid to be hampered. We know who will be the most harmed, those living in poverty. However, we are all also anticipating contributions from the federal government and hopefully the provincial one.  How will those contribute to relief efforts?  We don’t know.

What we do know, though, is that the proposed budget is for the next four years.  Yes, you are currently holding the same number of meetings but the idea that submissions made in person today, and those submitted online can be fully considered before recommendations are made tomorrow does not seem possible. The rest of Council then only has a day to consider the recommendations before hearing more and then voting.

Technically, it will still only be a one-year budget and 3 years of forecast, but I have been asking since the outset; what will the process be for adjustments when deficits and surpluses are found? It seems more and more likely, given the discussion of having balanced the budget for the next four years, that the answer will be: “We made these decisions in 2020 and that is that until 2024.”

At the first EPC meeting on this in November 2019, Mayor Bowman, you asked Lynn Fernandez what you could tell voters if you did not stick to your 2018 campaign promise of just a 2.33% property tax increase. Her answer was basically that time has passed, things have changed and 2020 is a different picture.

Well, now we can say that it is 2020 and we have COVID-19 and we are seeing the results of how the inequity in our society is hurting the most marginalized. That COVID-19 is more harmful to the already marginalized is of no surprise to anyone who works to better support them. They have always suffered more from any and all communicable diseases.

COVID-19 is doing something else. It is once again demonstrating that our over-reliance on charity to fill societal gaps is not sustainable. People give. But they only give what they feel they can afford, when they can afford it. Manitoba routinely ranks amongst the highest in charitable donors per capita. Yet we continue to have 3 of the 5 federal ridings with the highest rates of child poverty.  Winnipeg Centre has the highest rate of all urban ridings. With COVID-19, the sector cannot even count on its volunteers as they simply cannot come out.

The not-for-profit sector needs reliable and fulsome funding. Even prior to COVID-19, the proposed budget was going in the wrong direction. They provide essential public services, so they need to be publicly funded.  A cut to a new level, even if that level is then guaranteed for four years, is still a cut. They will still have to make that up somehow. I am asking the City to recommit to the not-for-profit sector and recognize that the City must do all that it can to support it.

I do hope that you will agree that if you do not hear from all the organizations and services that are being cut today, it is only because at this time, they have more immediate concerns and just have much too much to do. They are scrambling to make their already subsistence levels of funding stretch to meet the needs of the folks who were already in crisis prior to COVID-19.

In closing, to help address the budget process concerns expressed by many, I hope you will all consider approving a motion, if made, to suspend the rules on the 20th to allow for more than the usual four speakers should people want to appear. I would also hope that any and all submissions be made public as soon as possible.

There is that old saying that it is not enough for justice to be done but it must be seen to be done.  The City’s budget represents the concrete choices you will make to help create a just society.

Masks Still Matter!COVID-19 variants spread easily and rapidly. Whether you are vaccinated or not, you should wear a mask indoors in workplace and public settings. For the best protection, wear a KN95 or N95 respirator mask.#masksstillmatter #wearestillmasking Occupational Health Centre ... See MoreSee Less

Hmmm Look at all those horses, streetcars and people in the middle of Portage and Main back in the day. Yet somehow today, it would be impossible to cross the street?Now & Then - Portage & Main ... See MoreSee Less

Whether you are vaccinated or not, you should wear a mask indoors in workplace and public settings. For the best protection, wear a KN95 or N95 respirator mask.

October 26 is the next municipal election. Come to the launch of the Alternative Municipal Budget to hear what municipal candidates could do to make Winnipeg better for all.