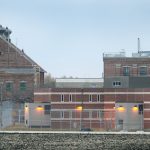 “We have public health issues that we are now looking at, so I think we’re working with an eye to make sure everybody who is in, is in to protect the public,” the prosecutor said. “If they are supposed to be in, we are still saying they should be, but if we can release them, we are.”

This from a crown attorney, speaking on condition of anonymity, in Accused to be isolated before entering provincial jails (Winnipeg Free Press, April 1). Doesn’t this raise the question: “Shouldn’t we have made sure in the first place that they needed to be in?”

Of course, our institutions must do everything in their power to control COVID-19, for all the reasons laid out in the April 7 editorial Corrections must act to reduce virus risk. Their current physical state and long-standing policies, which favour restriction over rehabilitation, will make this extremely difficult, however. A system based on restorative-justice models that relies on proven community-based supports and programs would be both safer and more effective for all.

Our provincial adult institutions’ total rated capacity is 2,023; on Jan. 27, we know they housed 2,250 people. The most recent available data show that Manitoba has continued to default to incarceration as its primary response to crime. In 2017-18, Manitoba jailed 19 of every 10,000 children; eight out of 10 other provinces jail fewer than five.

Across Canada, 83 adults per 100,000 are incarcerated; in Manitoba, the number is 231. Most troubling, though, is that of all those serving federal, provincial and community-based sentences in Manitoba, 75 per cent are Indigenous.

Manitoba was the first province to adopt a Restorative Justice Act, back in 2015. There has been some movement since — the Restorative Justice Centre was opened a couple of years ago, and the Winnipeg Police Service has mandated a minimum number of pre-charge referrals be done on a monthly basis.

Within Manitoba Corrections there is the Winding River program, a small but welcome addition. Some process reforms led to a small decrease in detention rates; however, the default is still incarceration. On January 27, Manitoba was still 227 over its maximum capacity. In 2020-21 alone, incarceration costs will exceed $204 million.

Restorative-justice models focus on creating the capacity for accountability in a person who has committed a crime. They address the conditions, addictions, cognitive issues, lack of employment and education and other factors that led to the crime. Victim impact and empathy are prioritized; direct restitution is even possible when appropriate.

Crime victims routinely report greater satisfaction with a restorative-justice process. Their own healing has been helped, and they are more confident in the rehabilitation of the person who harmed them. In restorative justice, the victim gets far more information on what led to the crime against them and the work done by the perpetrator to address their risk factors.

Restorative justice can also be used as a carceral sentence is coming to an end. It has even been used in murder cases as someone is approaching parole or their statutory release date. The victimized loved ones of the person killed can choose, or not, to take part; those who have, again, report more peace of mind. While their loss cannot be “restored,” there is some peace knowing the person has fully accepted responsibility for the pain and loss they caused and has changed as a result.

Winnipeg (10 per cent) and Manitoba (six per cent) saw increases to their violent crime index from 2017 to 2018. All agree that methamphetamine abuse and addiction seems to be a major contributing factor, yet our response has remained punitive rather than treatment-focused. Former MP Jane Philpott and Senator Kim Pate accurately outline our current situation:

“If you’re poor, homeless, racialized, living in violence or with the ravages of the intergenerational trauma of residential school and colonial inequity, and anesthetizing yourself to such pain with drugs or alcohol, you are more likely to get prison than you are to get treatment, housing, retraining or employment” (Policy Options Politiques).

This is true across Canada and especially true in Manitoba, which remains home to three of the five federal ridings with the highest child-poverty rates in Canada. In 2017, despite the Canada Child Benefit, 85,450 children in Manitoba were living in poverty. One in every three children under the age of six lives in poverty. The debilitating effects of poverty on childhood development are well proven.

At the beginning of March, when COVID-19 was not yet the concern it is, the Manitoba government announced a spending increase of $400,000, for a total of $2.8 million on restorative justice programs. This is welcome. However, it pales in comparison to the more than $200 million spent on jailing more than 2,000 people per year.

Restorative-justice programs, especially those that are culturally appropriate and rooted in trusted community-based organizations, routinely report recidivism rates that are half of what corrections reports.

The third pillar in a restorative-justice approach is the role of the larger community. Once the COVID-19 crisis has passed, it will be up to us to resolve the crisis we have allowed poverty to create and perpetuate. Transforming our justice system into one that is both just and effective would be a good place to start.

Chair of the Restorative Justice Association of Manitoba and Executive Director of the Social Planning Council of Winnipeg.